David Cassidy was more to me than just a star of days gone by. He was handsome, charisma and talent rolled in to one. His album “Rock Me Baby” was the soundtrack to my teenage years. I would spin that record over and over again. It never got old or stale. The sense of warmth I got from his music can only be described as hair-raising, goosebump-inducing auditory pleasure.

I like to remember him as the young adult he once was and will be remembered for. His beautiful voice, his ability to transcend generations and his captivating spirit and passion  was the ticket to his success.

From what i’ve read, he wanted to be a serious actor and earn the much coveted trophies and accolades to go with it. His career turned out to be much different.

I’m certain the amount of people who can truly say that their lives were enhanced by his visual and auditory contributions, well, they’re probably much more then I can fathom.

I’m writing this at 5:02 in the morning. I was awake in my bed and started “writing” this out in my head and I couldn’t take it anymore. It was eating away at me since his passing. I’ve been doing my own mourning. I didn’t write much about it before today. Those who know me, know how much of an impact he’s made on my life.

When I started really trying to propel my art further in to the world, I would always mention him as an inspiration. I don’t think those who interviewed me could grasp the idea that an actor, a singer, a personality like his, could inspire visual art. 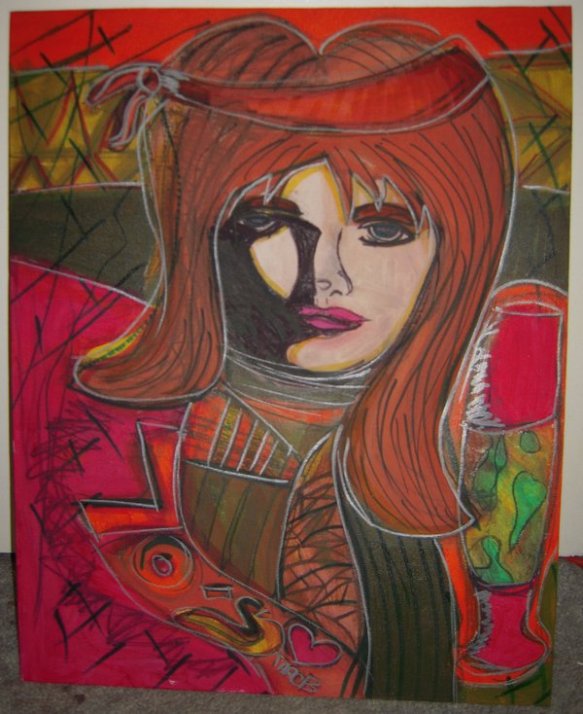 I feel as though when I listen to his music and watch his shows that I am interpreting the vibes I get and, in turn, getting it all on canvas. Art is art. Art can truly make other art happen if you let it, and boy, did I ever. I was on a roll for years and his music was a constant source of happiness for me.

I know he battled his demons and i’m not here to glorify his addiction or even the way he  treated himself and his family. I’m most certainly not. I can say I have ideas of what it’s like to be hurt by others and it’s a very horrible feeling… but I can admire those who leave something good in the world and have some kind of legacy. It’s humbling to know that his family came together in his final moments and that there was closure.